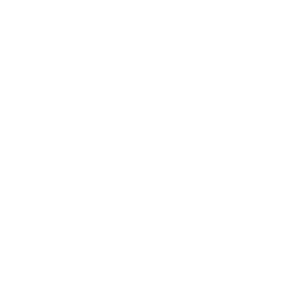 After studies of singing to the Higher National Conservatory for Music of Paris, Laurent Arcaro integrates the class of Lied d’Ulrich Eisenlohr and singing of Rudolf Piernay to the Musikhochschule de Mannheim. He participates in the masterclasses of Dietrich Fischer-Dieskau, Gabriel Bacquier and Thomas Hampson. He obtains the First Price of singing in the upper cycle of the academy of Toulouse, receives the Price Edward James Marshall in the competition of St-Chamond, the Price of The best Hope in the competition of Clermont-Ferrand and finds itself finalist in the competition of French Melody of Toulouse. He integrates the Studio-Oper of Mannheim for the study and the realization on stage  of numerous roles such as of Dandini, Guglielmo, Papageno, Harlekin, Malatesta, Belcore, Silvio, Figaro of the Nozze di Figaro and the Figaro of the Barbiere di Siviglia. Then, he sings  in Toulouse conducted by Michel Plasson, conducted by J.-Y.Ossonce in Tours, and Roland Boer in Staatsoper Stuttgart, in Staatsoper Frankfurt am Main, and in Staatsoper Berlin Unter den Linden. He is directed by Andrea Schwalbach in the role of Kaptain Stone in Die Blume von Hawaï of Paul Abraham. Under the baguette of Dominique Trottein and Joël Suhubiette, he embodies the roles of Papageno, Gardefeu, Figaro (Nozze di Figaro), 7 different roles in The Brave Soldier Schweik of Kurka, Schaunard, Marcello and Figaro (Barbiere di Siviglia). He is repeatedly invited to the Festival of Auvers-sur-Oise for recitals Mozart around the trilogy Da Ponte as well as for the Annunciation, the world creation of Pascal Zavaro. He sings a recital broadcast on the TV channel Medici TV at the Annecy Classic Festival. In Louis Désiré’s direction and conducted by José-Miguel Pérez-Sierra, he sings the role of Alidoro in Cenerentola in Metz. He decides then to leave, living in the United States, in Los Angeles to follow the Young Artist Program at the L.A.Opera managed by Placido Domingo. Hardly of this experience, he returns and decides to participate each year in a series of concerts for the benefit of charities. Shared between France, Germany and the United States, he goes back and forth between the cinema and music, so playing in some movies and short films of which Heart Zero, which received the price of the best short film to Los Angeles, and tries to promote French music through continents. He likes quite particularly the chamber music and forms a duet with the pianist Tristan Pfaff. They give regularly recitals and their repertoire extends from Schubert, Schumann to Duparc, Debussy, Fauré, Strauß, Rachmaninov …He does not give up the Oratorio and already occurred in Messiah, Carmina Burana, Ein Deutches Requiem, the Requiem of Fauré, Die Jahreszeiten, Die Matthäus passion de Bach, …He gives concerts of Haendel’s opera arias to the festival Musics of Chapels. He pays tribute in his neapolitan origins through a wide repertoire during a festival, accompanied by Dominique Trottein.
He is hired to the Festival of Pontlevoy for a concert around Verdi, Donizetti, Bellini and Puccini.
Among his projects, Traviata on tour, a recital around Duparc, a « Petite Messe Solennelle » as well as its participation in various festivals summer.